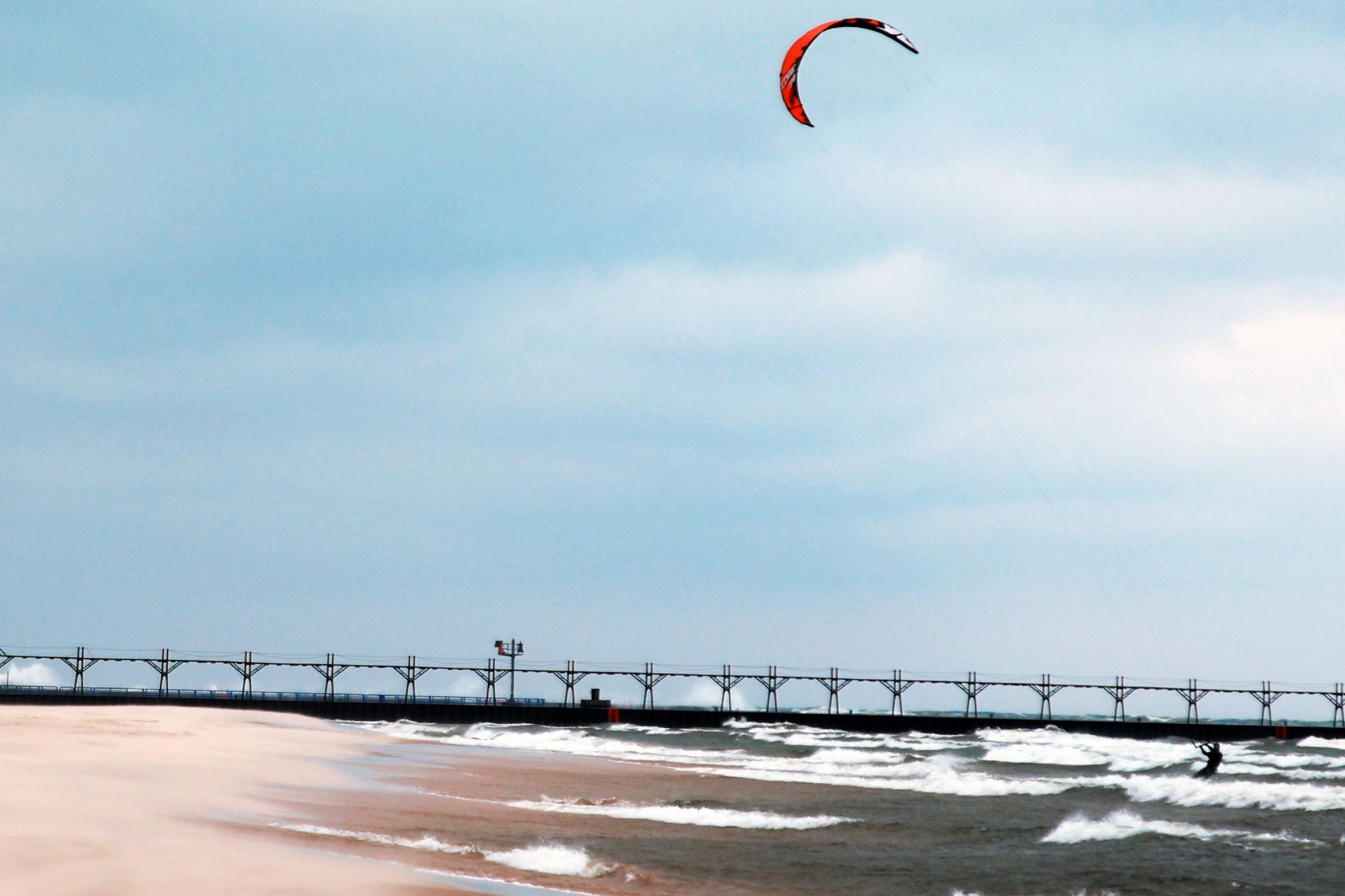 When you reside full time in Northern Michigan, the key for many of us to survive the winter months is the ability to adapt to what Mother Nature sends us.

Those of us who are old enough to remember winters of the past, remember that snow usually arrived in these areas in late November and then stayed with us until the end of March. Whether it’s global warming or other phenomena, this trend seems to have changed over the past decade.

There isn’t much of a logical explanation for this.

Back at the beginning of November before the arrival of the “big cold”, I wrote a column on the strong possibility of having a green Christmas. There were a few skeptics who called me about it saying, “We will have snow and it will be a beautiful traditional white Christmas like we always do.

They laughed even louder when this cold snap set in for about two weeks, but I stuck to my prediction.

Well guess who had the final say on that one? Probably the only white Christmas anyone in this region enjoyed was the one Bing Crosby sang on the CD player.

The feeling of preferring a mild or snowy and cold winter is in line with our policy at the moment. It seems that for every person who wants a mild winter, there is another who says “bah humbug” to it.

And the craziest part of it all is that none of the forecasters seem to be able to tell us what to expect in January, February and March. So it’s kind of a situation to make the most of whatever comes our way, whether it’s mild or cold and snowy for as long as it lasts.

But like us in northern Michigan always do, we adapt to whatever is thrown at us. In the end, it was a great Christmas that we all enjoyed and the outdoor decorations looked as festive without snow as they would have been in a bed of white plush toys.

What was remarkable was that the weather allowed a lot of people to get out and walk this year to burn off some of the calories they took in with all the cookies, candies, ham, turkey, and other treats that came with it. vacations.

We adjusted to the weather and instead of worrying about putting in a New Years resolution to lose weight, we were able to start the process. Not a bad trade not to see the snowflakes flying on Christmas morning.

It also gave these postal workers and the UPS and Fed Ex drivers a good opportunity to deliver all of those packages without delay. With all the shopping online this year, it was special in itself to make sure all of those goodies were under the tree.

Another area where it was a blessing was for those traveling by car to spend the holidays with relatives. Not worrying about blowing snow and slippery roads was nice both to and from these places.

However, as nice as it has been for us non-snow lovers, the fact is that many people enjoy winter sports like ice fishing, cross country skiing, downhill skiing, and ice skating.

In some of these areas, we’ve seen how people have adapted during the green time around Christmas to take advantage of the ramifications of these fun activities. Instead of seeing people walking on a frozen lake to ice fish in their cabins, it was common to see fishermen fishing on the pier or off the shore on a few sunny days.

Some have even adapted to the strong winds that blew us just before Christmas. Few of us remember going to the shores of Lake Michigan a week before Christmas and seeing kitesurfers cruising the waves and flying high in the air.

Mountain bikes that perform well in snow or grass have been put to good use, and joggers have been seen everywhere doing their jobs to keep those winter workouts in shape. Like I said, the people of northern Michigan are adapting.

Unlike the other four seasons we know in northern Michigan, winter is the one that tends to make us adapt the most lately. Spring, summer and fall still stick to what is planned for these times of the year, but winter… that’s to be guessed now.

In most cases, we can only play the cards that are dealt to us. But… there are exceptions to every rule, including giving Mother Nature a helping hand on certain occasions.

With technology being what it is in today’s world, ski resorts like Crystal Mountain don’t rely on Mother Nature to give them the foundation they need for snowboarders and skiers to hit the slopes. There was a time many years ago when this was the case, but not anymore.

As long as that temperature drops low enough overnight, they can pull out an army of snow cannons to make the slopes whiter than if a blizzard had just passed through the area. Again, this is a classic example of adapting to what is thrown at us this time of year.

Winter has really turned into an adventure and maybe by the time you read this column we will either have drifts of three feet of snow or it will be 48 degrees and the weather will be fine. We just don’t know anymore, but there’s a good chance we’ll adapt anyway and will continue to do so long after I see you again on Monday.

Ken Grabowski is the retired Associate Editor of the Manistee News Advocate who has spent over 36 years in the newspaper industry.