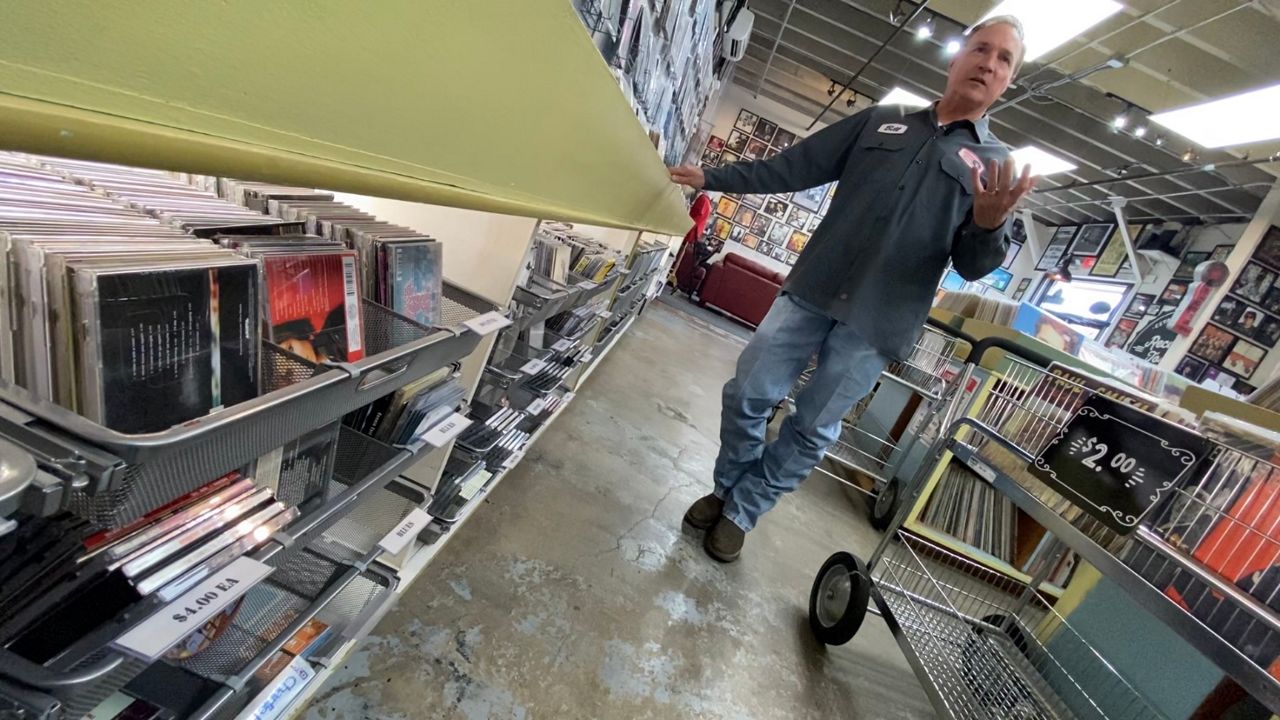 FORT WORTH, Texas — In the age of streaming music, vinyl records continue to make a comeback among collectors. And in 2021, CDs made their own comeback.

According to Variety, all major music formats saw sales rise last year, with digital downloads being the only exception, with the U.S. recorded music business grossing a record $15 billion. Vinyl, unsurprisingly, had its 15th consecutive year of growth with $1 billion in sales. The report said CD sales rose 21% to $584 million, the medium’s first annual growth since 2004.

“Our CD section is starting to grow again,” said Bill Mecke, co-owner of Record Town in Fort Worth.

Mecke said since taking over the Fort Worth record store, he’s seen some customers switch to compact discs. They now sell for as low as $2 to $4 in its used section. He said he and many of his collaborators still use the discs themselves, despite not being their first choice.

“It’s a really handy mount for cars like mine that still have a CD player,” Mecke co-owner Tom Reynolds said with a laugh.

Reynolds, Mecke and their fellow music connoisseurs in the store all unanimously agreed that vinyl was their preference for listening to music. Reynolds pointed out how the crashing of cymbals and ringing of guitar strings persist through the analog medium, giving it a sound that more and more people are revisiting.

But most said CDs were a bit more mysterious. Reynolds speculated that they may have had a similar physical appeal to a vinyl record and offered the listener a hands-on experience. People can appreciate things like cover art and liner notes, which you can’t always get with streaming. Another likely factor is the resurgence in collection that many experts have reported throughout the COVID-19 pandemic.

Either way, both Reynolds and Mecke said they’re just happy to see people buying and absorbing music, whether it’s streaming, vinyl, or CD. Mecke said they still occasionally sell tapes in the store, and they’re more than happy about it.