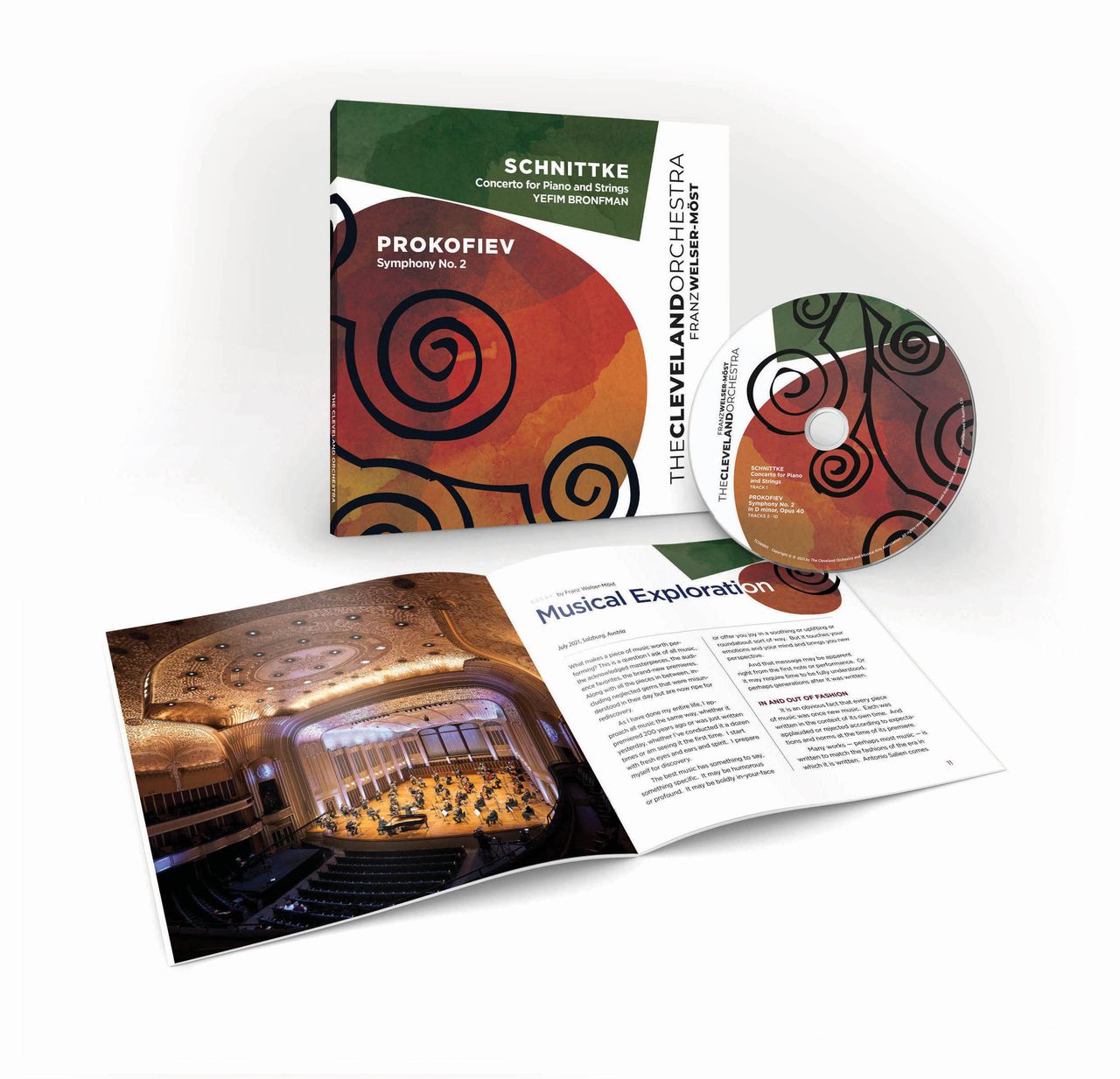 CLEVELAND, Ohio – One thing at the Cleveland Orchestra has apparently not been disrupted by the pandemic: the band’s recording plans.

As the world grappled with the virus and the orchestra moved to a virtual platform, he and music director Franz Welser-Most managed to immortalize the performances of at least two major works.

This recording is now underway. On Friday, the orchestra announced that the third album from its new house label will be released on November 5. It follows “A New Century” and a recording of works by Schubert and Krenek, both released in 2020.

“I would say the Cleveland Orchestra is always up for a challenge,” Welser-Most said in a written statement. “They are motivated by these challenges and we are constantly on a journey of discovery. “

The new album, a pairing of works by Schnittke and Prokofiev, straddles the pandemic. Half of it was recorded before COVID-19 took hold of the United States, during what orchestra president and CEO Andre Gremillet called “a different time.” The other is from the “In Focus” digital concert series during the pandemic.

Prokofiev’s Symphony No. 2, described by the composer as musical “of iron and steel,” was new to the Cleveland Orchestra, and mastering it for live recording in January 2020 at the Arsht Center in Miami was ” really difficult, ”said Welser-Most. . The two-movement play was written in Paris in 1925 and reflects the tumultuous political and artistic forces at work on the artist.

His companion on the album is Schnittke’s Concerto for Piano and Strings, 1979. This work, also new to the orchestra, was recorded at Severance Hall last October and was featured in the group’s “In Focus” digital series. , with pianist Yefim Bronfman. Originally, said Gremillet, it was an “invention of necessity,” a work selected during the pandemic in part for the fact that it does not involve wind actors.

The new album will be released in physical and digital format. On November 5, it will be available to purchase as a CD and to download and stream online.

The physical version, which includes a booklet with program notes and essays by the conductor, will be available at the orchestra’s store and at major international retailers. The CD will also be available for pre-order starting Friday, October 15.

For more information or to pre-order, visit the Cleveland Orchestra store.