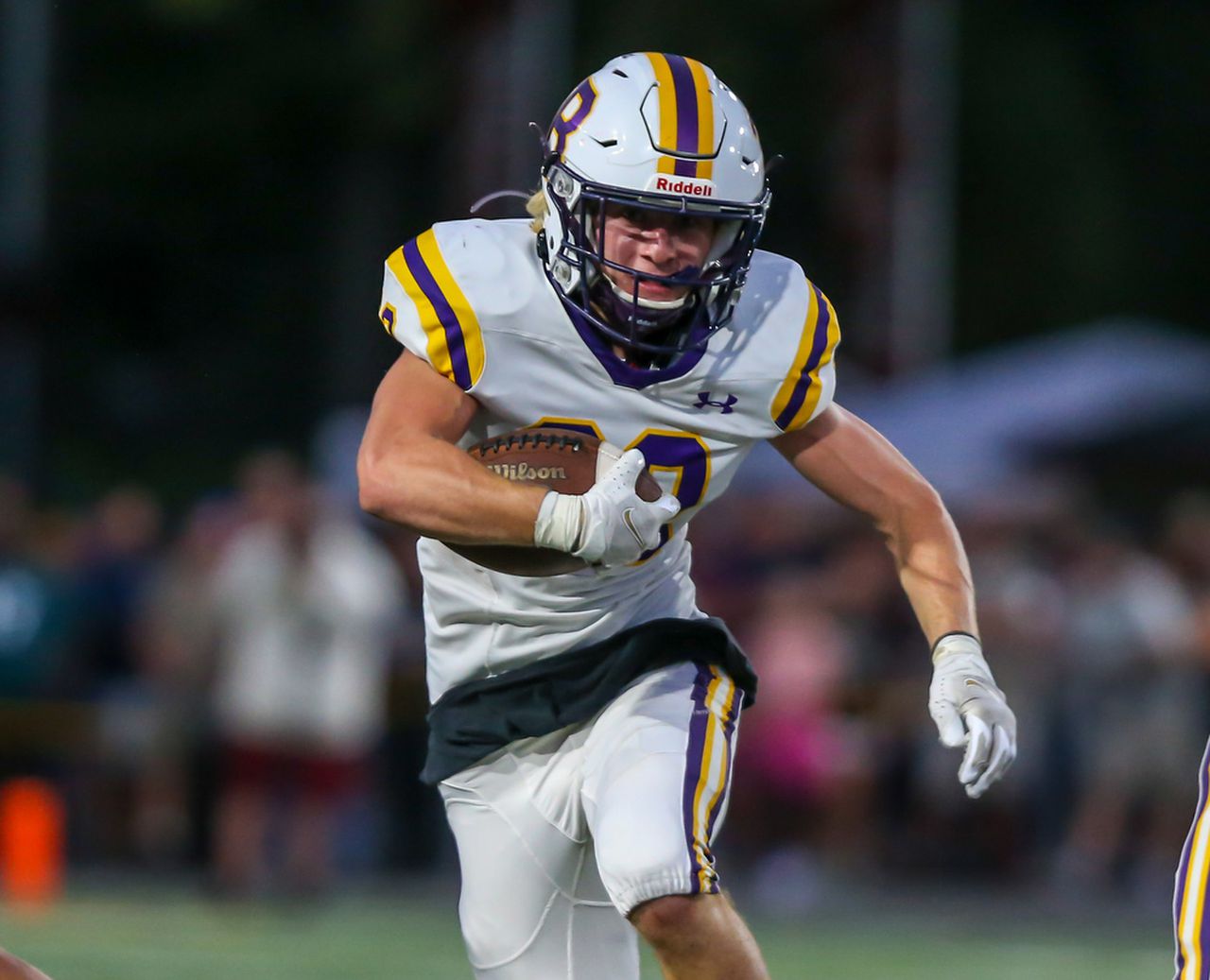 With all the high scores and last minute wins piling up, it’s time to celebrate some of the best Mid-Penn performances for games played on October 1-2.

Fans are encouraged to vote for their favorite player or Week 6 performance from the pool below. Fans will have until 10 a.m. Wednesday to participate. Our MPC Player of the Week survey is sponsored by Renewal by Andersen of Central Pa. Nominees are listed in alphabetical order.

Josh Angelo, DT, East Pennsboro: The Panthers escaped a thwarted offer from Susquehanna Township with a 21-14 decision. Angelo led the front line with 6 tackles, including 5 for a loss, and recorded a pair of sacks for EP.

Timmy Bonin, QB, North: It was another solid outing for the Polar Bears QB, who scored 11 of 15 for 200 yards and three touchdowns on Friday against West Perry.

Tucker Chamberlin, QB, Shippensburg: The Greyhounds remained one of two undefeated teams in the MPC by retiring Mechanicsburg 27-7. Chamberlin set the pace for the victory, connecting on 12 of 15 passing attempts for 227 yards and three touchdowns.

Mario Easterly, WR, Bishop McDevitt: Easterly had a big night against Lower Dauphin, recording 4 passes for 120 yards and touchdowns for 66 and 38 yards in McD’s 66-7 win.

Alex Erby, QB, Steel-High: Erby’s Saturday didn’t start well, but the southpaw finished as the program’s all-time passing leader in just 15 career games. Erby was 19 of 37 for 259 yards and three touchdowns as the Rollers rebounded from rival Middletown 26-0.

Mehki Flowers, WR-S, CD Est: Flowers was instrumental in the Panthers’ fifth straight win, a 17-10 victory over Cumberland Valley. Flowers made 4 receptions for 51 yards and a touchdown, and made a crucial interception.

Zachary Harr, RB-S, Juniata: Harr didn’t have a knockout count, but the two-way ace had his grip on Juniata’s 37-6 win over Halifax. Harr scored as a running back and wide receiver and assisted on a defense that kept the Wildcats to 9 clear yards.

Richie Kowalski, RB, Palmyra: The Cougars had plenty of heroes in the wacky 48-41 win over Red Land, but Kowalski was last, scoring his second TD with less than a minute to go to make a difference. The RB ran 23 times for 82 yards.

Parker Lawler, ATH, Terre Rouge: Lawler was the benchmark for the Patriots in a savage 48-41 loss to Palmyra. The versatile talent rushed for 125 yards, caught 7 passes for 128 yards and totaled four touchdowns in the tough loss.

Zakii Lewis, QB, Harrisburg: Lewis helped the Cougars move away from Altoona in the second half to win 31-0. The QB was 16 of 19 for 178 assists and had two scores, including one on the floor with 7:10 to go.

Brady Morgan, RB, Upper Dauphin: The Trojans nearly hit 500 yards of attack and Morgan provided a good chunk of that, carrying 20 times for 175 strips and two scores in UD’s 36-6 win at Line Mountain.

Max Mosey, QB, Central Dauphin: Mosey and the Rams went to State College and planted the Little Lions 42-21. The QB had 5 scores, including three in the air during his 231-yard effort. He also ran 53 yards and those two extra scores.

Naszair Porter-Bellamy, RB, Susquehanna Township: The Indians couldn’t maintain a 14-7 lead in the fourth quarter against East Pennsboro and ultimately lost 21-14. Porter-Bellamy helped give Township a chance, rushing 16 times for 129 yards, or 8.1 yards per carry.

Brody Rhodes, DB, Waynesboro: The Indians overtook their rival Greencastle-Antrim 28-14. Rhodes overtook the INTs, getting two picks, including one in the red zone to preserve the win.

Riley Robell, DT, Bishop McDevitt: Robell led a War Eagle defense that squeezed and beat Lower Dauphin all night in a 66-7 MCD win. The tackle made 10 tackles, including 4 for a loss.

Logan Schmidt, WR-CB, Big Spring: Schmidt didn’t do much except turn his two receptions into 154 receiving yards and two touchdowns on Friday in a 42-7 win over Camp Hill.